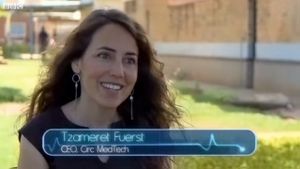 Board memberships and affiliations 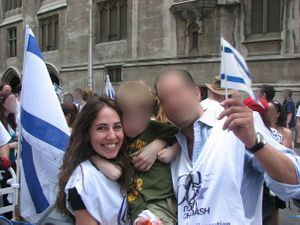 Tzameret Fuerst's Board Memberships and Affiliations include:[6] 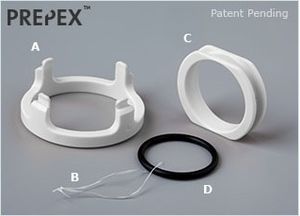 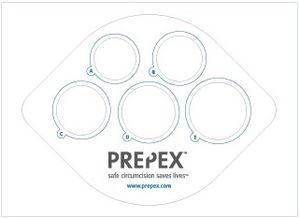 Oren Fuerst holds a Masters and Ph.D. from Columbia Business School.[9] He's the co-inventor of the PrePex circumcision device.

According to Oren Fuerst's own writings, Tevel Global is "focused exclusively on Israeli start-ups and early-stage companies in sectors in which Israeli technology has proven to be exceptionally innovative and game-changing. [...] Tevel Global provides investors, especially those residing outside of Israel, with direct (and/or via an investment fund) access to deals which would not otherwise come their way or which would take significant time and effort to identify. [...] Tevel Global is the only Angel organization dedicated solely to Israeli start-ups. Since its first meeting in New York City in September 2007, Tevel’s members have invested in more than 25 of more than 70 companies that presented in our 22 meetings, and in many additional companies which were introduced via the network. Each meeting attracted about 50 participants from amongst our 500-member base, thereby guaranteeing quality interaction between investors and companies." [11][12]

According to Oren Fuerst, "Tevel Global is unique in the way it brings together investors and entrepreneurs"[11] He also claims that "there are no conflicts of interest" within Tevel Global.[11] He says the group uses a “Road Show format".[11]

Oren Fuerst calls himself an "angel investor".[9] According to the Tevel Global Management Profile on Oren Fuerst, he is an "Inventor of numerous software and medical innovations commercialized and/or acquired by leading companies", he was a faculty member at the "Yale International Center for Finance", and is a "feature columnist for leading financial newspapers (including the Financial Times)".[9] 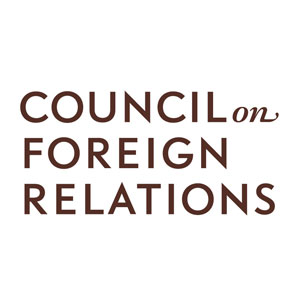 Since 1986, Malcolm Hoenlein has served as CEO/Executive Vice Chairman of the Conference of Presidents of Major American Jewish Organizations, the coordinating body on international and national concerns for 52 national American Jewish organizations. Previously, he served as the founding Executive Director of the Jewish Community Relations Council of Greater New York. Prior to that, he was the founding Executive Director of the Greater New York Conference on Soviet Jewry.[9]

Malcolm Hoenlein has a B.A. in Political Science from Temple University and a Masters degree in International Relations from the University of Pennsylvania. Mr. Hoenlein regularly meets with world political and business leaders and Jewish communities. He serves as an advisor to many public officials, is frequently consulted on public policy issues and is associated with and serves on the boards of many communal, educational and civic organizations including the Council on Foreign Relations. He serves as a Director of numerous private and public companies, including Bank Leumi USA, Powermat, PureSafe, and ODF.[9]

Shosh Friedman is an advisor to Tevel Global, and a managing partner of Push-Med. She has an Administration Certificate (with Honors) from Hebrew University.[8]

Yaron Galai is co-founder & VP Business Development at Ad4ever (part of Microsoft). Galai is a Major (reserve) in the Israeli Navy.[8]

Mr. Geva was an officer with the elite Intelligence unit of the Israeli Defense Forces where he managed and developed a number of software projects. He received a B.Sc. in Mathematics and Computer Sciences and an MBA from Tel-Aviv University.[8]

Founder, Chairman and CEO of BrainPOP. Now he has gone from educating his patients to educating a nation, creating a library of more than 650 animated BrainPOP movies which are being used by more than 25 percent of U.S. schools. Dr. Kadar is Board-certified in Pediatrics and Diagnostic Laboratory Immunology, and practices in New York. A graduate of Sackler Medical School Tel Aviv, Dr. Kadar trained in Pediatrics in Israel and at the Albert Einstein College of Medicine and Montefiore Hospital in New York. He was a Fellow in the Laboratory of Clinical Investigation at the National Institute of Health. He serves as AditAll’s Founder, Chairman and CEO and works closely with the company’s other executives in defining and executing overall strategy.[8]

His office is located at:

Professor of pediatrics at the NYU school of medicine. After earning his medical degree from the Sackler Medical School at Tel Aviv University in Israel, Ludomirsky was a major and a physician in the research and development branch of the Medical Corps of the Israel Defense Forces. He then completed a residency in General Pediatrics at Hadassah Hospital in Jerusalem, followed by a fellowship in Pediatric Cardiology at Baylor College of Medicine in Houston. Ludomirsky served as a partner at Gemini Funds of Israel and as a Venture partner at Advent International (Boston, USA) and Oakwood Medical (St.Louis ,USA).[8]